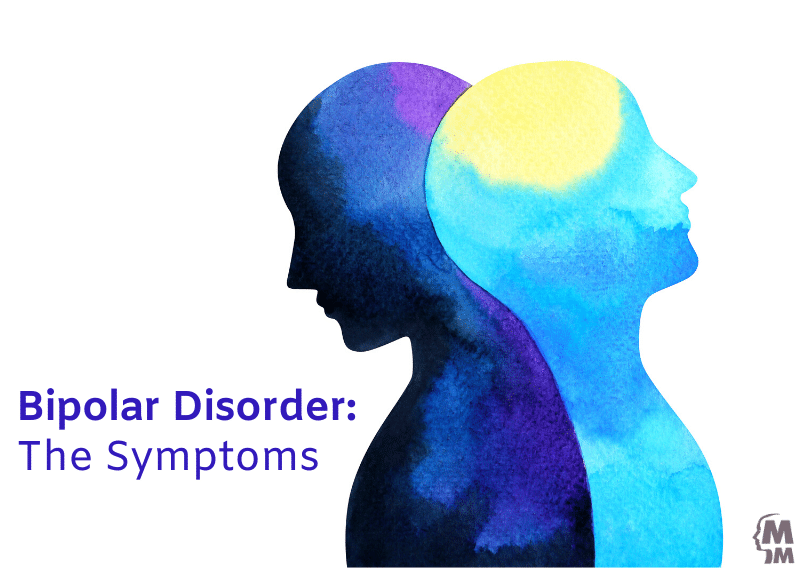 Bipolar disorder, also known as manic-depression, is a treatable psychiatric disorder marked by extreme changes in mood, thoughts, behaviors, activity, and sleep. A person with bipolar disorder will experience intense emotional states or “mood episodes,” shifting from mania to depression. The ups and downs experienced by someone with bipolar disorder are very different from the normal ups and downs that most people experience from time to time. These changes in mood can last for hours, days, weeks, or months. In between these extremes, the person’s mood may be normal.

While each person diagnosed with bipolar disorder experiences the disease in a very personal way, families and society are affected by it as well. People with the illness often have poor social functioning and struggle at their job or school. They can have difficulty holding a job or caring for themselves, so they rely on others for help. In some cases, their symptoms are so severe that they may need to be hospitalized.

While all of this can sound overwhelming, keep in mind that recovery is possible! A combination of helpful therapies, education in managing one’s illness, and supports to provide assistance and encouragement can lead to fewer symptoms, better relationships with other people, and achievement of meaningful and fulfilling life goals.

Bipolar disorder must be diagnosed by a trained mental health professional. While lab tests can’t diagnose the illness, they can help rule out other conditions that sometimes have similar symptoms, like thyroid dysfunction, brain tumor, and drug use.

To make the diagnosis, a trained mental health professional will conduct a comprehensive interview and pay careful attention to the symptoms, their severity, and how long they have lasted.

While bipolar disorder is treatable, it’s a chronic illness and the severity of symptoms tend to vary over time. Because of this, it must be carefully managed throughout life. Here are a few statistics about bipolar disorder to keep in mind:

The Three Types of Bipolar Disorder

What is a Manic Episode?

A manic episode is a distinct period time when a person feels extremely happy or extremely irritable with increased energy – to an abnormal extent. This period of abnormal mood must occur most of the day, nearly every day, for at least one week (less if hospitalized).

The mood disturbance and symptoms must be severe enough to interfere with social or work functioning, require hospitalization, or include psychotic features like hallucinations (false perceptions, such as hearing voices) and delusions (false beliefs, such as paranoid delusions).

What is a Hypomanic Episode?

A hypomanic episode is like a manic episode, but this period of abnormal mood must occur most of the day, nearly every day, for at least 4 consecutive days. During this period of time, the person must also experience at least three of the symptoms listed above (four if the mood is only irritable).

Unlike a manic episode, symptoms of a hypomanic episode must not be severe enough to cause impairment in social or work functioning or require hospitalization. Additionally, the individual must not have any psychotic symptoms.

What is a Depressive Episode?

A depressive episode is defined as a distinct period during which an individual abnormally and persistently feels depressed or loses interest or pleasure in most activities. This period of abnormal mood must occur most of the day, nearly every day, for at least two weeks. During this period of time, the person must also experience at least 4 of the symptoms below. The mood disturbance and accompanying symptoms must be severe enough to impair social, work, or other areas of functioning.

There are other psychiatric symptoms that people with bipolar disorder may experience.

ADHD – Bipolar disorder shares symptoms with other psychiatric disorders as well. Attention-deficit/hyperactivity disorder (ADHD) can mimic the manic symptoms of bipolar disorder because it is characterized by excessive energy, impulsive behavior, and poor judgment.

Medication and Substance Abuse – Bipolar disorder must also be distinguished from a mood disorder associated with general medical conditions or substance-use, in which mood symptoms are judged to be the direct consequence of alcohol/drug abuse, medication or toxin exposure. 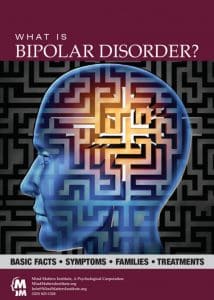